CIA, FBI and NSA: Do Not Use Phones Made by Huawei or ZTE 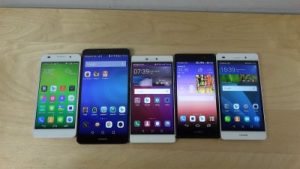 Intelligence agencies in the U.S. issued stern warnings to U.S. citizens to not purchase smartphones that are made by Chinese phone makers ZTE or Huawei.

Top CIA, FBI and NSA officials as well as those from the Defense Intelligence Agency testified before the Senate Intelligence Tuesday that the smartphone makers based in China posed a threat to the security of American customers.

Tom Cotton the Republican Senator from Arkansas asked the intelligence officials to raise their hands if they would recommend to private citizens in the U.S. to use products made by Huawei or ZTE, two China-based tech giants. None of the officials raised their hands.

Chris Wray the Director of the FBI explained that it has become an issue for local governments and companies to use the products made by ZTE and Huawei.

Wray said a risk is involved in allowing any companies, that are beholders to foreign states, inside the telecommunications infrastructure of the U.S. Huawei is a leader globally in making equipment for networks, and the U.S. government blocked it previously from selling technology to certain federal agencies.

Huawei has been unsuccessful in making strides in the U.S. smartphone market for the most part due to the concerns of the U.S. government that the government of China could use the smartphones it sells and other products to gather intelligence.

In 2012, a reported was released by Congress that said the two companies based in China should be looked at with suspicion. The two companies each strongly disputed the findings in the report at that time, with Huawei saying they were baseless.

During January, talks between AT&T and Huawei to sell the Chinese company’s smartphones ended without a deal. On Tuesday, FBI Director Wray praised efforts by the providers of telecommunications that are attempting to raise the awareness of the issue.

In a prepared statement released on Wednesday, Huawei said it was monitoring the development in the U.S. Congress but it would not comment directly on the hearing held by the intelligence committee.

The company did however highlight its strong position within many markets outside that of the U.S., showing that its phones outsell those made by Apple in both Eastern and Central Europe.

Huawei said it operates in 170 countries where trust exists with customers and governments and poses no greater risk in cybersecurity that any of the other vendors do.