Live Gaming Experiences Could Be Industry’s Next Big Trend 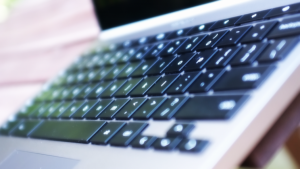 Live game experiences may be emerging as the games industry’s next, major trend. There is growing interest surrounding live gaming, or game experiences that allow players to have greater interactivity with games, as players begin to crave a more connected online gaming experience rather than traditionally solo affairs.

According to a 2013 study regarding the playing habits of gamers all around the world, 700 million people play games online, out of an estimated 1.2 billion people who play games altogether. This means that there is ample opportunity for live games with greater social and connectivity features to gain a foothold in the industry and establish itself as the next big thing.

Live gaming is typically defined as an interactive video stream. Instead of a traditional interface where the game is entirely based on computer-generated imagery (CGI), live gaming will often be a stream of something in the real world with an interactive overlay on top of it (or vice versa).

Undoubtedly, the interest in live gaming would not be as high as it is right now without the popularity of the live-streaming platform Twitch. In January 2018, Twitch had more viewers than CNN, as hundreds of thousands of people tuned in at once to watch other people play video games and to interact with them while doing so.

Twitch has given rise to all-new sorts of connected experiences. This enhances the multiplayer experiences we’re used to (e.g playing games alongside our online teammates) by letting thousands of people talk to one another as a game is being played, offering input and interacting with the Twitch broadcaster who is playing the game.

What Sort of Live Gaming Experiences Are Available?

The most common sort of live gaming experience that is available right now is casino gaming. With this, players can view a live stream of a real-life casino which has an interactive interface on top of it that allows them to place bets with a live dealer who will deal the cards, spin the roulette wheel etc., just like you would experience at a live casino.

All of the regular casino games are available through live gaming, including blackjack, roulette and three card poker. Baccarat ranks as the third most popular live casino game, making it an important staple of the live casino gaming experience.

Streamline is another game that embraces live gaming features and betting. This fast-paced third-person action game is actually made specifically for Twitch, allowing Twitch viewers to place bets on who will triumph and they can also change the rules of the game, including deciding that the floor is lava.

Another popular live gaming title is Superfight which is essentially Cards for Humanity but for streamers. Viewers can also have an effect on the game here, taking part in bingo games in order to gain better effects, with some effects including sandstorms. There also challenges, voice and webcam support, and players can bet on who will win a round in order to win rewards.

Twitch is a dominant force within the games industry, which means that more and more viewers and players will begin to embrace the idea of live gaming. This will make it even more worth a developer’s while to include these interactive elements within their games.