Snap to Lay Off 100 More Employees 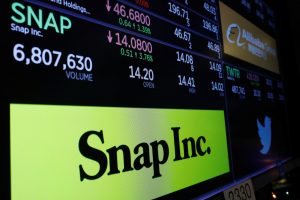 According to several reports Snap will lay off approximately 100 employees from its engineering staff. This is yet another signs of the re-alignment efforts taking place as Snap looks to reinvent itself into a company that is able to be differentiated from competitors such as Instagram, which repeatedly copies many of the core features of Snap such as Stores.

With the continual risk of having products copied, Snap had to take drastic measures to change, such as re-design its app to group together certain use cases on certain screens to hopefully keep the user returning more and more frequently.

During February, Snap’s CEO Evan Spiegel said that the redesign of the app was permanent and users just needed to become accustomed to the workings and feel of the new app.

Spiegel has insisted many times that Snap was a camera company, and appears as if it is attempting to keep it that way, as a report says that a redesign is taking place of its camera glasses Spectacles.

However, that might require some readjusting of teams working on it, and layoffs often take place due to trying to make a recalibration of expectations as well as investment in specific areas of the business.

The company has had quite a quarter that has helped the stock to surge higher, paring back some of its significant losses that were sustained during 2017, after it had gone public.

However, the company maintains a worth of approximately $22 billion, which is lower at the present time than the market cap of Twitter. Snap has lost many of the gains it received from the earnings report, though it appears to be still in much better shape today that last year.

The company has been struggling to show some growth and that it is able to continue gaining new users, with the pitch being it can maintain users for much longer and keep them engaged more.

In January, Snap laid off about two dozen of its employees, and layoffs such as these happen when a business is attempting to make a shift toward a new direction.

With the responsibility it now has to its public shareholders that might require more significant changes to success in outmaneuvering its competitors such as Instagram.

Amidst this, there appears to be positive signals for the company with regard to growth despite the huge redesign and backlash received over it.