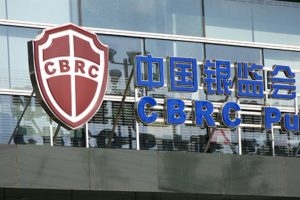 The government of China announced its plans on Tuesday to create a new powerful regulator that will oversee the banking as well as insurance industries that have been plagued with scandal as they attempt to lower debt along with financial risk.

The move lines up with the efforts of the Communist Party to gain control in a more direct fashion over the economy that is state dominated and lower the financial risk following an increase in debt prompting worldwide rating agencies to lower the government credit rating for Beijing in 2017.

The new regulatory agency, a merger of two separate bodies in the government that oversees insurers and banks, will have the task of preventing and dissolving different financial risks, explained the plan that was submitted to the national legislature for its endorsement. It did not make any mention of the third financial regulator that oversees securities.

In separate action, the plan calls for the creation of a national market regulator that draws in pricing, anti-monopoly, and other powers from industry, food and drug, pricing as well as product quality agencies.

Beijing launched several regulatory overhauls during the last two decades, creating agencies while merging others, to respond to growth of the vast state-owned insurance, banking and financial industries.

The most recent announcement follows the promise by Beijing last November to increase and to eventually eliminate the limits on foreign ownership with its banks, insurers and its securities companies.

The division and the responsibility amongst the multiple agencies created concerns that regulators were failing to maintain track of the more complex activities by insurers, banks and securities companies.

Despite being almost exclusively state-owned, banks, insurance and securities companies in China are autonomous. Bosses for the largest state-owned financial institutions often are higher ranking with the ruling party than the officials who are in charge of the regulator agencies, which allows them to defy many rules.

A lack of overall coordination hampered an official response to a collapse of the stock market back in 2015.

With the insurance industry corruption scandals have become more common and complaints have surfaced of reckless speculation in real estate and stocks. Banks are receiving complaints that they obscure their lending and risk levels.

Anbang Insurance Group, which is privately owned, was seized by regulators last month and they said they had acted to protect the solvency of the insurer. Two separate insurers were given penalties for complaints of reckless speculation.

Upland Software Shares Gap Down to $20.79

Pharming Group Shares Gap Down to $9.25