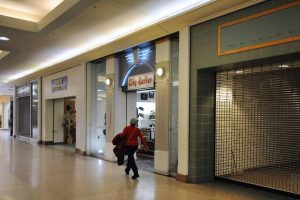 Construction and leasing activity for malls during the first quarter of 2018 was extremely slow, showed a report from Reis Inc. a data company.

Vacancies in regional shopping malls climbed to a high of six years during the first three months of 2018, which added more stress to regions already hit by huge drops in retail sales that has shaken up the U.S. job market.

The vacancy rate in big malls across the U.S. was up to 8.4% during the first three months of 2018. At the same time, at community and neighborhood shopping centers in 41 of 77 areas had experienced increases in vacancy the last 12 months.

These numbers show that the traditional brick and mortar malls as well as shopping centers have continued to struggle with the shift in consumer patterns with spending and in particular the increased online shopping.

Several department stores as well as other retailers that have traditionally been considered mainstays of malls or shopping plazas have been downsizing or failed.

Reis said that retailers near the end of the first three months of 2018 occupied more than 453,000 more sq. feet of space at shopping centers than during the fourth quarter of last year, but that absorption rate was the lowest for any three-month period in over five years.

During the same span, the completion of new shopping space of 712,000 square feet was also far lower than the average.

The lowest period of activity is during the first quarter of each year, said Reis, but this quarter was unusually slow for retail construction and leasing.

The weakness in the real-estate sector for retail comes during a time of growth overall in the economy of the U.S. Shopping center and store closings have created quite painful experiences for small cities that have relied on that sector for both jobs as well as taxes.

The trend has attracted much more scrutiny from officials. Governments in states across the country have enacted new legislation that would require Amazon.com as well as others to collect the sales tax for online purchases so stores that are brick and mortar are not at a disadvantage.

Last week, U.S. President Donald Trump started his attack again on Amazon over the company’s business practices and the impact on the economy.

Amazon has not commented with regard to this but did point out that it collects at this time sales tax in all the 45 states with that kind of tax.