Complete the form below to receive the latest headlines and analysts' recommendations for Boise Cascade with our free daily email newsletter:

Boise Cascade Co (NYSE:BCC) VP Jill Twedt sold 642 shares of Boise Cascade stock in a transaction on Monday, November 11th. The stock was sold at an average price of $38.26, for a total transaction of $24,562.92. Following the transaction, the vice president now directly owns 16,611 shares in the company, valued at $635,536.86. The transaction was disclosed in a legal filing with the SEC, which is available through this hyperlink.

Boise Cascade (NYSE:BCC) last issued its quarterly earnings results on Thursday, November 7th. The construction company reported $0.69 earnings per share for the quarter, topping the Zacks’ consensus estimate of $0.68 by $0.01. The company had revenue of $1.27 billion for the quarter, compared to the consensus estimate of $1.27 billion. Boise Cascade had a negative net margin of 0.13% and a positive return on equity of 8.10%. The firm’s quarterly revenue was down 5.2% on a year-over-year basis. During the same period in the previous year, the firm earned $0.76 EPS. Research analysts forecast that Boise Cascade Co will post 1.88 EPS for the current fiscal year.

The business also recently declared a quarterly dividend, which will be paid on Monday, December 16th. Investors of record on Monday, December 2nd will be issued a $0.10 dividend. This is an increase from Boise Cascade’s previous quarterly dividend of $0.09. This represents a $0.40 dividend on an annualized basis and a dividend yield of 1.06%. The ex-dividend date is Friday, November 29th. Boise Cascade’s payout ratio is 15.72%.

Read More: What is the Hang Seng index? 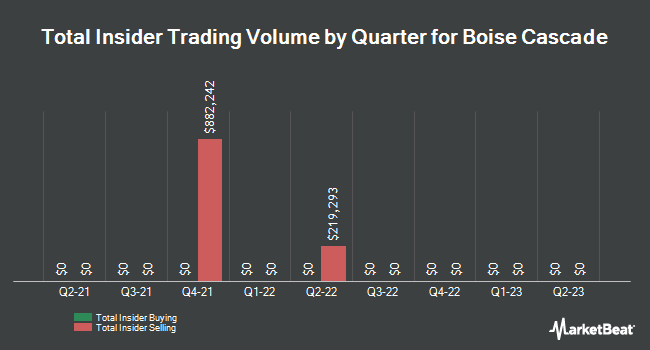 Groupon Inc Expected to Announce Earnings of $0.17 Per Share

Sculptor Capital Management Given Average Rating of “Buy” by Analysts