Complete the form below to receive the latest headlines and analysts' recommendations for Cadence Design Systems with our free daily email newsletter:

Mason Street Advisors LLC trimmed its holdings in Cadence Design Systems Inc (NASDAQ:CDNS) by 0.4% during the 3rd quarter, according to its most recent Form 13F filing with the Securities & Exchange Commission. The institutional investor owned 39,913 shares of the software maker’s stock after selling 167 shares during the period. Mason Street Advisors LLC’s holdings in Cadence Design Systems were worth $2,637,000 as of its most recent filing with the Securities & Exchange Commission.

Further Reading: How are the companies in the S&P 500 selected? 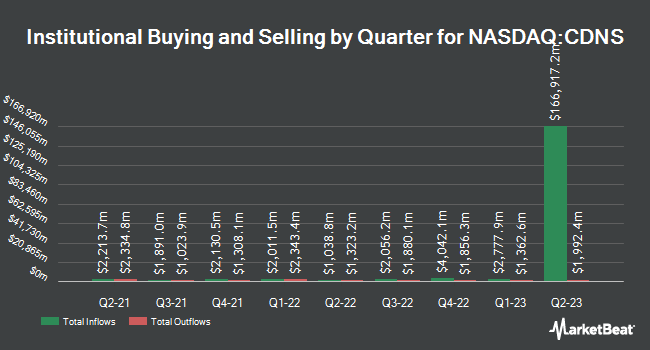