Complete the form below to receive the latest headlines and analysts' recommendations for Casella Waste Systems with our free daily email newsletter:

Casella Waste Systems Inc. (NASDAQ:CWST) Director Emily Nagle Green sold 2,500 shares of the business’s stock in a transaction dated Tuesday, December 3rd. The shares were sold at an average price of $46.11, for a total value of $115,275.00. Following the sale, the director now owns 30,988 shares in the company, valued at approximately $1,428,856.68. The transaction was disclosed in a legal filing with the SEC, which is accessible through this hyperlink.

Casella Waste Systems (NASDAQ:CWST) last announced its quarterly earnings results on Thursday, October 31st. The industrial products company reported $0.37 earnings per share for the quarter, topping the consensus estimate of $0.32 by $0.05. The company had revenue of $198.55 million for the quarter, compared to the consensus estimate of $192.60 million. Casella Waste Systems had a return on equity of 50.45% and a net margin of 1.23%. The firm’s revenue for the quarter was up 14.9% compared to the same quarter last year. During the same period last year, the firm earned $0.30 EPS. As a group, equities research analysts anticipate that Casella Waste Systems Inc. will post 0.85 EPS for the current fiscal year.

Casella Waste Systems, Inc, together with its subsidiaries, operates as a vertically integrated solid waste services company in the northeastern United States. The company operates through Eastern, Western, Recycling, and Other segments. It offers resource management services primarily in the areas of solid waste collection and disposal, transfer, recycling, and organics services to residential, commercial, municipal, and industrial customers. 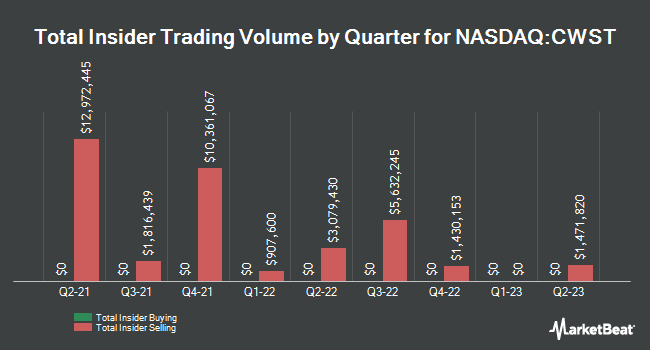