Complete the form below to receive the latest headlines and analysts' recommendations for Myokardia with our free daily email newsletter:

Myokardia Inc (NASDAQ:MYOK) CEO Anastasios Gianakakos sold 5,000 shares of the company’s stock in a transaction dated Tuesday, January 14th. The stock was sold at an average price of $75.39, for a total value of $376,950.00. Following the completion of the sale, the chief executive officer now directly owns 91,777 shares of the company’s stock, valued at approximately $6,919,068.03. The sale was disclosed in a filing with the Securities & Exchange Commission, which is available through the SEC website.

Myokardia (NASDAQ:MYOK) last announced its quarterly earnings data on Monday, November 11th. The biotechnology company reported ($1.34) earnings per share (EPS) for the quarter, beating the Thomson Reuters’ consensus estimate of ($1.91) by $0.57. Research analysts expect that Myokardia Inc will post -5.03 earnings per share for the current year.

MyoKardia, Inc, a clinical stage biopharmaceutical company, discovers, develops, and commercializes targeted therapies for the treatment of serious and neglected rare cardiovascular diseases. Its lead product candidate is mavacamten, an orally administered small molecule, which is in Phase III clinical trial that is designed to reduce left ventricular contractility to alleviate the functional consequences and symptoms of obstructive hypertrophic cardiomyopathy (HCM) and prevent or reverse HCM progression, as well as in Phase II clinical trial for non-obstructive HCM.

Featured Story: Purposes and Functions of the Federal Reserve 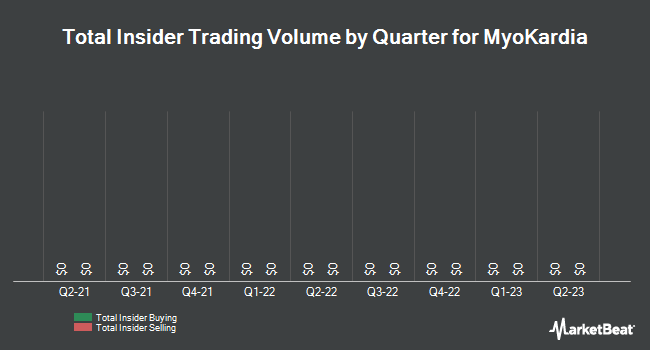 Amoveo Trading Down 22% This Week