Complete the form below to receive the latest headlines and analysts' recommendations for Yirendai with our free daily email newsletter:

Yirendai (NYSE:YRD) issued its quarterly earnings results on Wednesday. The technology company reported $4.34 earnings per share (EPS) for the quarter, topping analysts’ consensus estimates of $1.26 by $3.08, Fidelity Earnings reports. The company had revenue of $339.51 million during the quarter, compared to the consensus estimate of $282.08 million. Yirendai had a return on equity of 39.87% and a net margin of 14.45%. During the same period last year, the company earned $1.32 earnings per share.

Yirendai Ltd. operates as an online consumer finance marketplace that connects borrowers and investors primarily in the People's Republic of China. It offers standard loan products; and fasttrack loan products through mobile applications. The company also provides investing tools. The company was founded in 2012 and is based in Beijing, the People's Republic of China. 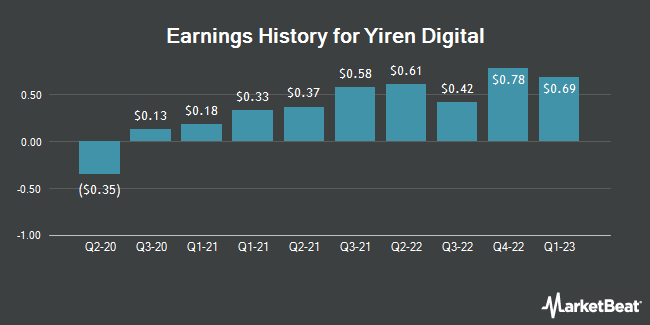 Receive News & Ratings for Yirendai Daily - Enter your email address below to receive a concise daily summary of the latest news and analysts' ratings for Yirendai and related companies with MarketBeat.com's FREE daily email newsletter.