Complete the form below to receive the latest headlines and analysts' recommendations for John Laing Group with our free daily email newsletter:

Other equities analysts have also issued reports about the company. Peel Hunt reaffirmed a buy rating and issued a GBX 440 ($5.79) target price on shares of John Laing Group in a report on Thursday, January 23rd. HSBC raised John Laing Group to a buy rating in a research report on Tuesday, March 3rd. Finally, Barclays lifted their price target on John Laing Group from GBX 430 ($5.66) to GBX 440 ($5.79) and gave the stock an equal weight rating in a report on Friday, December 13th. Two investment analysts have rated the stock with a hold rating and three have assigned a buy rating to the stock. The stock has a consensus rating of Buy and a consensus target price of GBX 414.80 ($5.46).

Featured Article: What impact do institutional investors have on markets? 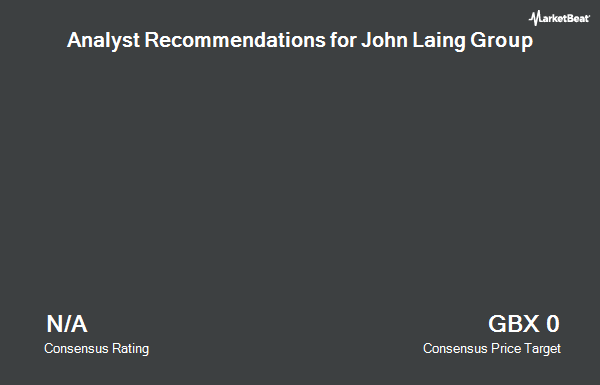