Complete the form below to receive the latest headlines and analysts' recommendations for Berry Petroleum with our free daily email newsletter:

Shares of Berry Petroleum Company LLC (NASDAQ:BRY) have received an average recommendation of “Hold” from the eleven analysts that are covering the company, Marketbeat.com reports. One analyst has rated the stock with a sell rating, nine have given a hold rating and one has assigned a buy rating to the company. The average 1 year price target among analysts that have issued ratings on the stock in the last year is $8.25.

Berry Petroleum (NASDAQ:BRY) last posted its quarterly earnings data on Wednesday, May 6th. The energy company reported $0.23 earnings per share for the quarter, beating the consensus estimate of $0.19 by $0.04. The firm had revenue of $339.27 million during the quarter, compared to analysts’ expectations of $148.80 million. Berry Petroleum had a negative net margin of 4.58% and a positive return on equity of 11.05%. As a group, sell-side analysts anticipate that Berry Petroleum will post 0.78 EPS for the current fiscal year.

Recommended Story: What is the Quick Ratio? 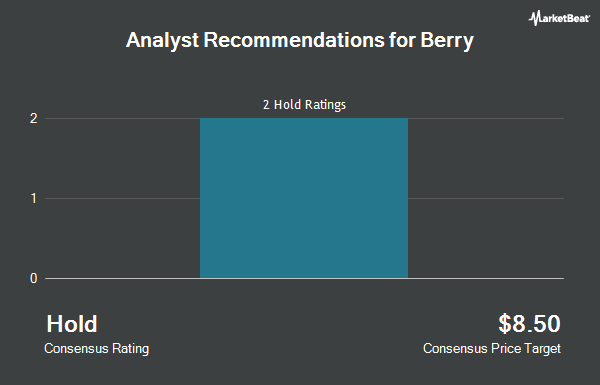 KBR Upgraded to “Hold” by ValuEngine

Kadmon Downgraded by ValuEngine to Hold

Lazard Upgraded by ValuEngine to Hold