Complete the form below to receive the latest headlines and analysts' recommendations for General Mills with our free daily email newsletter:

General Mills, Inc. (NYSE:GIS) announced a quarterly dividend on Tuesday, June 30th, RTT News reports. Stockholders of record on Friday, July 10th will be given a dividend of 0.49 per share on Monday, August 3rd. This represents a $1.96 dividend on an annualized basis and a dividend yield of 3.18%.

Featured Story: What is a trade deficit? 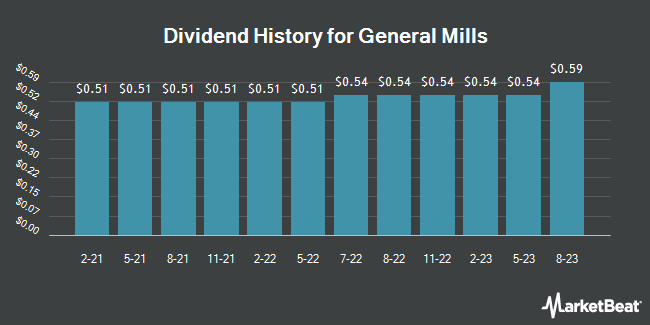