Complete the form below to receive the latest headlines and analysts' recommendations for Imperial Tobacco Group with our free daily email newsletter:

Analysts at Goldman Sachs Group started coverage on shares of Imperial Tobacco Group (OTCMKTS:IMBBY) in a research note issued to investors on Tuesday, The Fly reports. The firm set a “neutral” rating on the stock.

Featured Story: What is the Euro STOXX 50 Index? 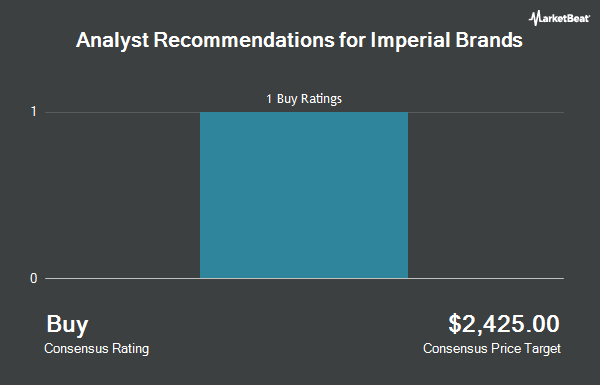