Complete the form below to receive the latest headlines and analysts' recommendations for Independent Bank with our free daily email newsletter:

Zacks Investment Research upgraded shares of Independent Bank (NASDAQ:INDB) from a sell rating to a hold rating in a report released on Saturday morning, Zacks.com reports.

According to Zacks, “Independent Bank Corp. is a bank holding company for Rockland Trust Company. They are a community-oriented commercial bank. The community banking business consists of commercial banking, retail banking and trust services and is managed as a single strategic unit. The community banking business derives its revenues from a wide range of banking services, including lending activities, acceptance of demand, savings and time deposits, trust and investment management, and mortgage servicing income from investors. “

The firm also recently announced a quarterly dividend, which will be paid on Friday, July 10th. Stockholders of record on Monday, June 29th will be given a $0.46 dividend. The ex-dividend date is Friday, June 26th. This represents a $1.84 dividend on an annualized basis and a dividend yield of 2.85%. Independent Bank’s payout ratio is presently 32.74%.

Independent Bank Corp. operates as the bank holding company for Rockland Trust Company that provides commercial banking products and services to individuals and small-to-medium sized businesses primarily in Massachusetts. Its products and services include demand deposits and time certificates of deposit, as well as checking, money market, and savings accounts. 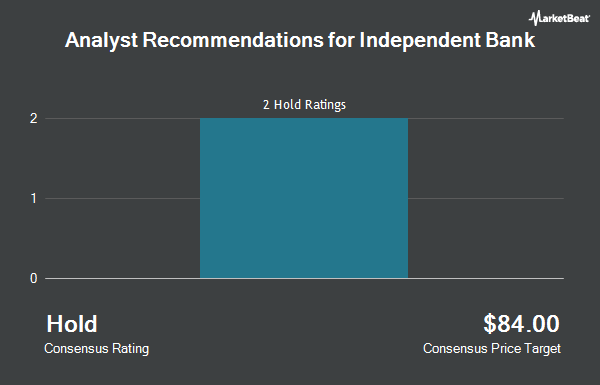