Complete the form below to receive the latest headlines and analysts' recommendations for Tate & Lyle with our free daily email newsletter:

Shares of Tate & Lyle PLC (LON:TATE) have received an average rating of “Hold” from the twelve ratings firms that are covering the stock, MarketBeat reports. One equities research analyst has rated the stock with a sell rating, six have given a hold rating and five have issued a buy rating on the company. The average twelve-month price target among analysts that have covered the stock in the last year is GBX 711.43 ($8.75).

Tate & Lyle PLC, together with its subsidiaries, provides ingredients and solutions to the food, beverage, and other industries in the United States, the United Kingdom, other European countries, and internationally. It operates through three segments: Food & Beverage Solutions, Sucralose, and Primary Products.

Read More: What is the Producer Price Index (PPI)? 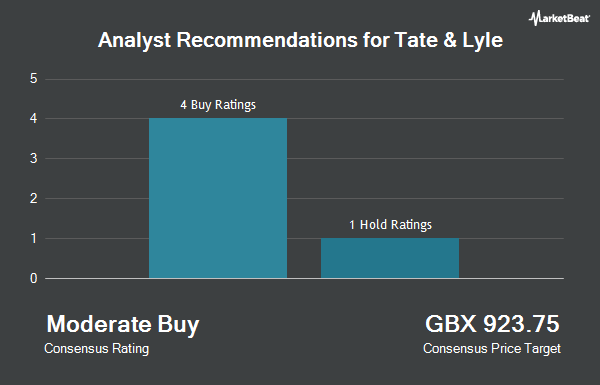