Complete the form below to receive the latest headlines and analysts' recommendations for Royal Dutch Shell with our free daily email newsletter:

Royal Dutch Shell Plc (LON:RDSB) has been given a consensus rating of “Buy” by the sixteen research firms that are currently covering the firm, MarketBeat Ratings reports. Seven research analysts have rated the stock with a hold recommendation and nine have issued a buy recommendation on the company. The average 1-year target price among analysts that have updated their coverage on the stock in the last year is GBX 1,835.30 ($22.59).

The business also recently declared a dividend, which will be paid on Monday, September 21st. Investors of record on Thursday, August 13th will be given a $0.16 dividend. The ex-dividend date of this dividend is Thursday, August 13th. This represents a yield of 1.04%. Royal Dutch Shell’s dividend payout ratio is currently 41.70%.

Royal Dutch Shell plc operates as an energy and petrochemical company worldwide. The company operates through Integrated Gas, Upstream, and Downstream segments. It explores for, and extracts crude oil, natural gas, and natural gas liquids; markets and transports oil and gas; produces gas-to-liquids fuels and other products; and operates upstream and midstream infrastructure necessary to deliver gas to market. 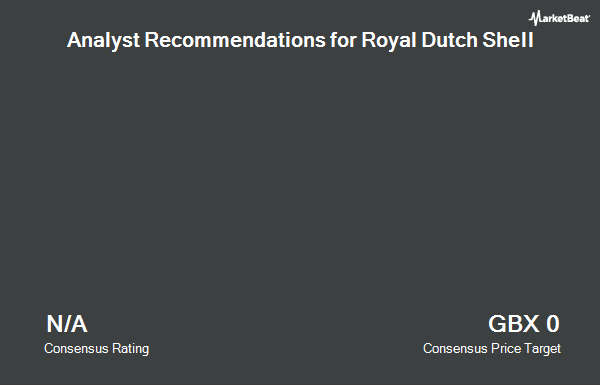