Vontier Co. (NYSE:VNT) Given Consensus Recommendation of “Buy” by Brokerages

Complete the form below to receive the latest headlines and analysts' recommendations for Vontier with our free daily email newsletter:

Vontier Co. (NYSE:VNT) has been given a consensus recommendation of “Buy” by the seven research firms that are currently covering the stock, Marketbeat Ratings reports. Two analysts have rated the stock with a hold rating and five have issued a buy rating on the company. The average 12-month target price among brokers that have issued ratings on the stock in the last year is $40.20.

An institutional investor recently bought a new position in Vontier stock. Wells Fargo & Company MN purchased a new position in shares of Vontier Co. (NYSE:VNT) during the 3rd quarter, according to the company in its most recent filing with the Securities and Exchange Commission. The fund purchased 142,538 shares of the company’s stock, valued at approximately $4,419,000. Wells Fargo & Company MN owned 0.08% of Vontier as of its most recent SEC filing.

Vontier (NYSE:VNT) last posted its quarterly earnings data on Thursday, October 29th. The company reported $0.80 EPS for the quarter, beating the Zacks’ consensus estimate of $0.70 by $0.10. The business had revenue of $746.70 million during the quarter, compared to analysts’ expectations of $745.55 million. The business’s revenue was up 714.5% compared to the same quarter last year.

Further Reading: Pattern Day Trader – What is the PDT Rule? 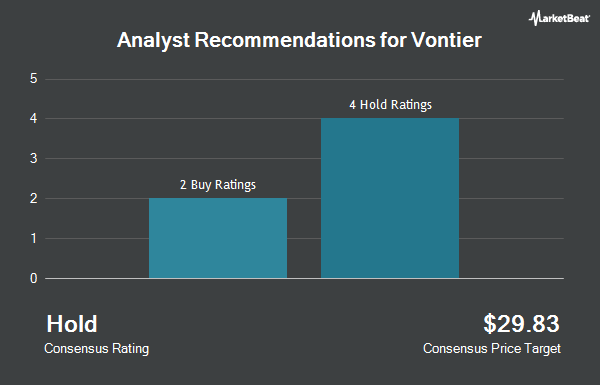 Receive News & Ratings for Vontier Daily - Enter your email address below to receive a concise daily summary of the latest news and analysts' ratings for Vontier and related companies with MarketBeat.com's FREE daily email newsletter.