Complete the form below to receive the latest headlines and analysts' recommendations for NovaGold Resources with our free daily email newsletter:

NovaGold Resources Inc. (NYSEAMERICAN:NG) (TSE:NG) Director Anthony P. Walsh sold 19,655 shares of the firm’s stock in a transaction dated Tuesday, April 6th. The stock was sold at an average price of $9.33, for a total value of $183,381.15. Following the transaction, the director now owns 77,134 shares of the company’s stock, valued at $719,660.22. The sale was disclosed in a document filed with the Securities & Exchange Commission, which is available through this hyperlink.

NovaGold Resources Inc explores for and develops gold mineral properties in the United States. It primarily owns 50% interest in the Donlin Gold project consisting of 493 mining claims covering an area of 71,420 acres located in the Kuskokwim region of southwestern Alaska. The company was formerly known as NovaCan Mining Resources (1985) Limited and changed its name to NovaGold Resources Inc in March 1987.

See Also: What is Blockchain? 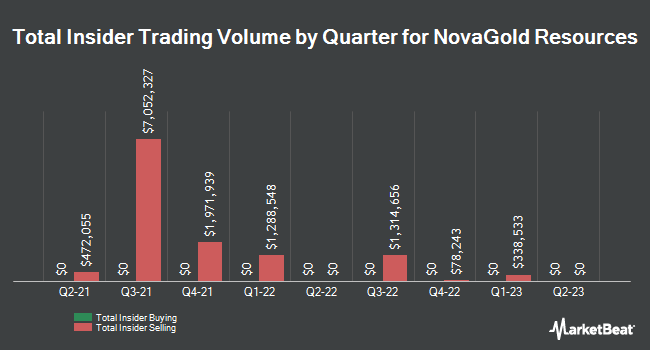