FuelCell Energy (NASDAQ:FCEL) released its earnings results on Wednesday. The energy company reported ($0.06) EPS for the quarter, missing the consensus estimate of ($0.05) by ($0.01), RTT News reports. FuelCell Energy had a negative return on equity of 39.99% and a negative net margin of 136.60%. During the same period last year, the firm posted ($0.07) EPS.

Read More: What are some reasons analysts would give stocks a buy rating? 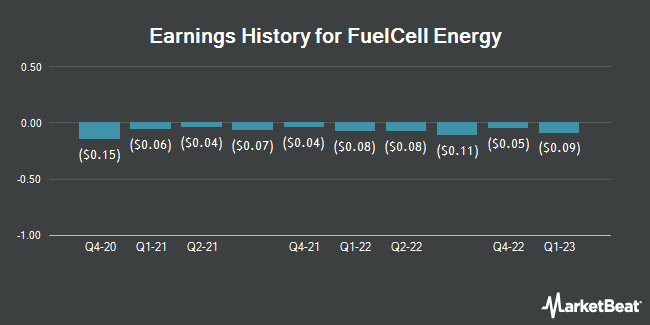 Complete the form below to receive the latest headlines and analysts' recommendations for FuelCell Energy with our free daily email newsletter: