Independence Contract Drilling, Inc. (NYSE:ICD) Director James Minmier acquired 4,000 shares of the business’s stock in a transaction that occurred on Monday, June 7th. The shares were purchased at an average cost of $4.11 per share, with a total value of $16,440.00. Following the transaction, the director now directly owns 11,198 shares of the company’s stock, valued at $46,023.78. The acquisition was disclosed in a document filed with the SEC, which is available through the SEC website.

Independence Contract Drilling (NYSE:ICD) last issued its earnings results on Tuesday, May 4th. The oil and gas company reported ($2.64) EPS for the quarter, missing the Thomson Reuters’ consensus estimate of ($2.63) by ($0.01). The business had revenue of $15.54 million for the quarter. Independence Contract Drilling had a negative return on equity of 22.11% and a negative net margin of 139.65%.

Independence Contract Drilling, Inc provides land-based contract drilling services for oil and natural gas producers in the United States. The company constructs, owns, and operates a fleet of pad-optimal ShaleDriller rigs that are engineered and designed to accelerate its clients' production profiles and cash flows from their technically demanding and economically impactful oil and gas properties in the Permian Basin, the Haynesville Shale, and the Eagle Ford Shale. 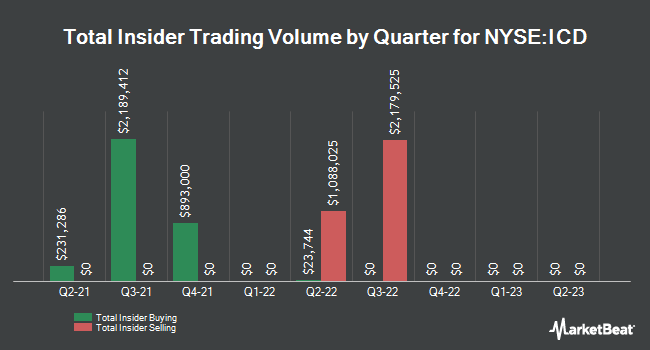 Complete the form below to receive the latest headlines and analysts' recommendations for Independence Contract Drilling with our free daily email newsletter: