UBS Group AG lifted its stake in shares of Vanguard Energy ETF (NYSEARCA:VDE) by 0.7% during the first quarter, according to its most recent disclosure with the Securities & Exchange Commission. The firm owned 848,211 shares of the company’s stock after purchasing an additional 6,119 shares during the period. UBS Group AG’s holdings in Vanguard Energy ETF were worth $57,678,000 at the end of the most recent quarter.

Vanguard Energy ETF (the Fund) is an exchange-traded share class of Vanguard Energy Index Fund. The Fund employs a passive management or indexing investment approach designed to track the performance of the Morgan Stanley Capital International (MSCI) US Investable Market Energy Index (the Index), an index of stocks of large, medium and small United States companies in the energy sector, as classified under the Global Industry Classification Standard (GICS).

Want to see what other hedge funds are holding VDE? Visit HoldingsChannel.com to get the latest 13F filings and insider trades for Vanguard Energy ETF (NYSEARCA:VDE). 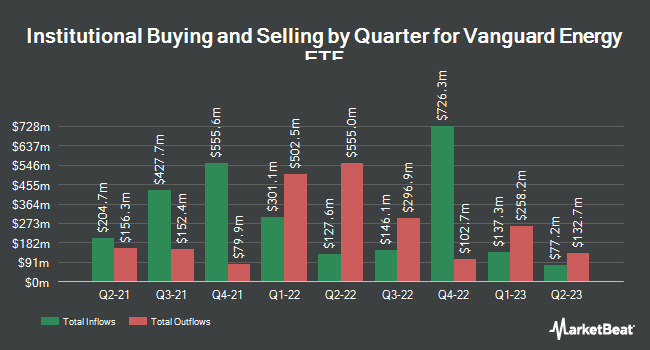 Complete the form below to receive the latest headlines and analysts' recommendations for Vanguard Energy ETF with our free daily email newsletter: