According to Zacks, analysts expect that Johnson Controls International will report full year earnings of $2.66 per share for the current financial year, with EPS estimates ranging from $2.64 to $2.70. For the next fiscal year, analysts expect that the firm will report earnings of $3.30 per share, with EPS estimates ranging from $3.20 to $3.45. Zacks’ earnings per share averages are a mean average based on a survey of sell-side research analysts that cover Johnson Controls International.

In other Johnson Controls International news, CEO George Oliver sold 176,754 shares of the firm’s stock in a transaction on Tuesday, July 6th. The shares were sold at an average price of $68.17, for a total value of $12,049,320.18. The transaction was disclosed in a legal filing with the Securities & Exchange Commission, which is available at this link. Company insiders own 0.76% of the company’s stock. 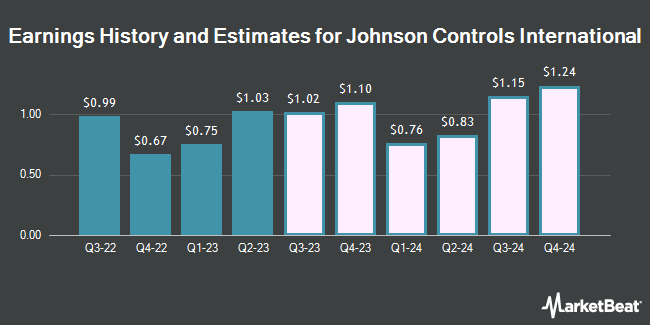 $4.57 Billion in Sales Expected for L3Harris Technologies, Inc. This Quarter

ProxyNode Price Down 29.8% Over Last Week

Complete the form below to receive the latest headlines and analysts' recommendations for Johnson Controls International with our free daily email newsletter: