Deutsche Bank AG raised its position in RLX Technology Inc. (NYSE:RLX) by 16.6% during the third quarter, according to its most recent filing with the SEC. The institutional investor owned 1,039,174 shares of the company’s stock after purchasing an additional 147,998 shares during the period. Deutsche Bank AG owned 0.07% of RLX Technology worth $4,697,000 at the end of the most recent quarter.

A number of analysts have issued reports on RLX shares. Bank of America began coverage on RLX Technology in a research note on Monday, November 1st. They issued a “neutral” rating and a $6.00 target price for the company. Zacks Investment Research downgraded RLX Technology from a “hold” rating to a “strong sell” rating in a research report on Thursday, January 6th. Finally, Citigroup cut their price objective on RLX Technology from $15.10 to $11.50 and set a “buy” rating for the company in a research report on Monday, December 6th. One analyst has rated the stock with a sell rating, one has issued a hold rating and three have given a buy rating to the company. Based on data from MarketBeat.com, RLX Technology has an average rating of “Hold” and a consensus price target of $16.88.

RLX Technology Inc, together with its subsidiaries, researchers, develops, manufactures, distributes, and sells e-vapor products in the People's Republic of China. It serves RELX branded partner stores and other retail outlets through distributors. The company was founded in 2018 and is based in Beijing, China.

Recommended Story: How to Invest in Growth Stocks 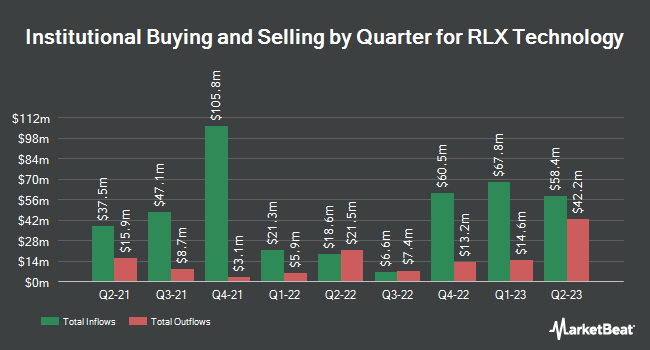 Complete the form below to receive the latest headlines and analysts' recommendations for RLX Technology with our free daily email newsletter: