According to Zacks, “Shell Midstream Partners, L.P. engages in owning, operating, developing and acquiring pipelines and other midstream assets. Its initial assets consist of interests in entities that own crude oil and refined products pipelines serving as key infrastructure to transport growing onshore and offshore crude oil production to Gulf Coast refining markets and to deliver refined products from those markets to major demand centers. Shell Midstream Partners, L.P. is based in Houston, Texas. “

The firm also recently announced a quarterly dividend, which was paid on Friday, November 12th. Stockholders of record on Tuesday, November 2nd were given a dividend of $0.30 per share. This represents a $1.20 annualized dividend and a dividend yield of 9.17%. The ex-dividend date of this dividend was Monday, November 1st. Shell Midstream Partners’s dividend payout ratio (DPR) is presently 91.60%.

Shell Midstream Partners LP owns, operates, develops, and acquires pipelines and other midstream assets. Its assets consist of entities which hold interest in crude oil and refined products pipelines and a crude tank storage and terminal system. The company was founded on March 19, 2014 and is headquartered in Houston, TX. 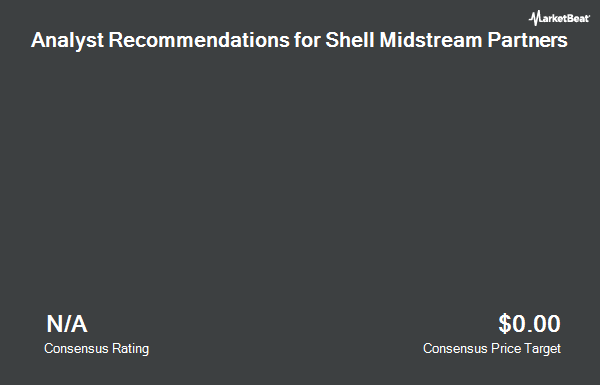 DeHive Trading Down 18.1% This Week

Complete the form below to receive the latest headlines and analysts' recommendations for Shell Midstream Partners with our free daily email newsletter: