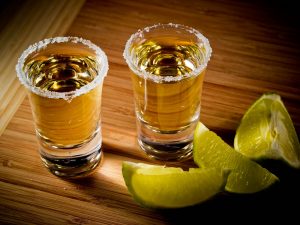 The U.S. State Department has issued a warning to tourists to be careful what they drink while visiting Mexico. The agency updated the Safety and Security section of its Mexico country page with a warning to travelers that there have been allegations of exposure to tainted or substandard alcohol at resorts in Cancun and the Riviera Maya. One young woman has died, a 20-year-old Wisconsin woman staying at an Iberostar resort.

Reports of tainted alcohol at popular all-inclusive resorts are growing. Travelers from around the country have described similar incidents at numerous resorts in Mexico, often providing documentation for their stories. More than three dozen incidents have surfaced. It is believed that they might have received tainted or “spiked” alcohol.

Many got sick and blacked-out, sometimes after just two drinks, while vacationing at all-inclusive resorts around Cancun, Playa del Carmen, Cozumel, Cabo San Lucas, and Puerto Vallarta. Many of the tourists who described blackouts said they had been drinking tequila. Many were hospitalized and some had to pay clinics large sums in cash before getting treatment.

Mexico has a problem with adulterated alcohol. Some counterfeiters reportedly use industrial grade alcohol, such as paint thinner, in place of ethanol, mixing it with a tequila-flavored powder. Authentic bottles bought on the black market are recycled and refilled with the counterfeit alcohol. Demand for the bottles is so high, the Mexican government has requested that bars, restaurants and resorts break their empty bottles so they can’t be reused.

The national health authority in Mexico has seized more than 1.4 million gallons of adulterated alcohol since 2010. Euromonitor International disclosed in a 2017 report that about 36 percent of the alcohol consumed in the country is illegal. Two years earlier, roughly 43 percent was illegal.

The president of Mexico’s health commission, Sen. Salvador López Brito, said the government is working on an “initiative to improve the controls and inspections for tainted alcohol at resorts.”
According to Brito, the plans will be presented in September.

Major resort companies are now releasing information about the steps they take to ensure the safety of their food and beverage offerings. In a statement, Iberostar said they only purchase alcohol sealed bottles that satisfy all standards and that it makes certain to comply with federal and local regulations. Iberostar says it also does external audits at its hotels on a monthly basis to certify its sanitary and hygienic measures and regularly hosts inspections by travel agents and tour operators.