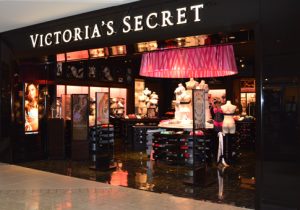 When one thinks about Victoria’s Secret what comes to mind is sexy lingerie, Miracle Bras and push-ups.

However, the problem that Victoria’s Secret is facing today is women do not want all those things any longer.

Early last year, Victoria’s Secret invested heavily in underwear. It took its apparel and swimsuit collections from the shelves, slashed its promotional deals as well as stopped printing its catalog.

The company stepped away from over $400 million during the same period it changed promotional appeal, said one Wall Street analyst.

While the company was in the midst of rebooting, a shift by consumers took hold, which opened the door for its competitors. In walked the bralettes.

Designed to be comfortable, bralettes are bras that do not have underwire or padding. They are about 50% of the price of an underwire bra at Victoria’s Secret that costs approximately $35.

As quickly as possible Victoria’s Secret ratcheted up its bralette appeal, through ads that said “no padding is sexy.”

However, consumers shifting hurt the stronghold Victoria’s Secret had on bras and opened the door for more online options and retailers that were lower cost.

The Aerie Collection by American Eagle made its footprint and smaller companies and startups entered the playing field.

One analyst on Wall Street said simply, anyone who is able to make t-shirts could make bralettes.

Online shopping, at that same time hurt Victoria’s Secret, which is a staple of shopping malls nationwide.

Despite the headwinds from the popular bralettes, and a quickly changing retail industry, the company said great days are ahead.

Victoria’s Secret believes that bralettes are a trend that will last for the short-term and that structured bras will make a comeback. It believes that as preferences by consumers switch back, it will be well positioned and capitalize.

However, analysts believe that it will depend upon the company’s ability to attract the customers back through selling an experience that cannot be duplicated online.

In addition, analysts said significant opportunity existed across international markets such as China. The annual fashion show for the store is scheduled for later this month in Shanghai.

During the holiday shopping season, and into 2017, Victoria’s Secret will face a tough test but analysts are optimistic the strength of the brand over the long run will prevail.

Critical Comparison: Centogene versus Its Peers