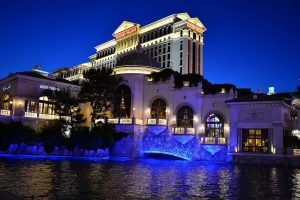 It’s recently been announced that Caesars Entertainment is to acquire Centaur Holdings LLC for $1.7 billion, the biggest merger of 2017 in the US gaming industry. But who are these players, and what will this coming together mean for them and the gaming industry as a whole?

For many, Caesars need no introduction. They’re one of the biggest names in gaming – recognised the world over. But what’s perhaps less well known is the fact that the company’s origins go back as far as 1937, when a man called William F. Harrah opened a modest bingo hall in Reno, Nevada. From these humble beginnings, he went on to build up a casino empire that became the first ever gaming organisation to be listed on the NYSE in 1973.

Today the company is a truly global entity with interests in many sectors as well as a number of world-famous brands.

These include casino interests throughout the US as well as in Canada, Egypt, South Africa and the UK and these predominantly operate under the Caesars, Harrah’s Horseshoe and Planet Hollywood brands. Incidentally the latter became part of the company as its most recent acquisition for $700 million in 2009.

Other interests include golf courses in Las Vegas, Indiana, Mississippi and even as far afield as Macau. The company also already has a stake in a racecourse at Turfway Park in Kentucky.

There’s been some surprise that Caesars are in a position to make this kind of acquisition as they have only recently emerged from the Chapter 11 bankruptcy that they entered into in 2015. However, they are said to hold around $2 billion in assets and have arranged additional financing, although its source has not yet been revealed.

Plus, the emergence of innovative online competitors has also played its part in stealing players away and hitting the bottom line. After all, online casinos can simulate the look, feel and excitement of a real casino, players don’t need to leave the comfort of their own home to play the huge amount of games available at 888 online casino. Impressive online casinos have definitely played their part in the downfall of a number of land-based casinos.

Who are Centaur Holdings? 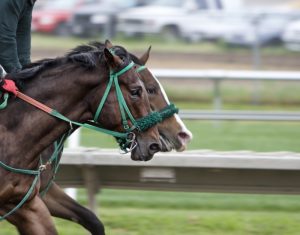 Centaur Holdings LLC was founded in 1993 with the aim of bringing the economic and community benefits of horse racing and gaming to the people of Indiana. They operate two race tracks, Hoosier Park Racing & Casino in Anderson and Indiana Grand Racing and Casino in Shelbyville. They also operate Winner’s Circle off-track betting facilities in Indianapolis and New Haven as well as a further OTB facility in Clarksville.

Of the two racetracks, Indiana Grand Racing and Casino is the largest with a complex of around 318,000 sq ft with 2,000 slots machines, bars, restaurants and other facilities

What’s the appeal of the deal?

So how did the figure of $1.7 billion arise? This is very much a time of rebuilding for Caesars, which had been under financial pressure in the period leading up to their 2011 bankruptcy. The recession was hitting hard after the financial collapse of 2008, with many of its customer base simply not having the spare cash for casino and other leisure trips. 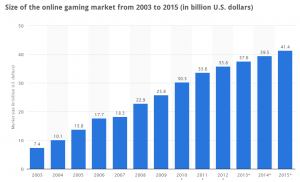 As such, Caesars want to consolidate their position in the market, as well as arrive in new ones.

Caesars already operate casinos in Indiana, including Horseshoe Hammond and Horseshoe Southern Indiana and this is an excellent way to increase their presence. It also allows them to sidestep the Indiana law that forbids any single company to own more than two casinos as the Centaur properties are considered, first and foremost, to be racetracks. 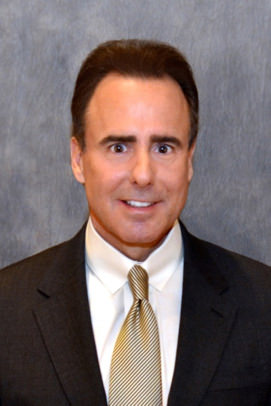 Caesars already see this as a great coming together and their CEO, Mark Frissora, has said it is “an excellent opportunity to enter into a growing region” and that his firm would “build on our respective value creation and execution achievements for the benefit of customers, employees and local partners”.

Key to this will be incorporating the new venues, and their estimated 6.5 million visitors each year, into Caesars Total Rewards program. By joining up members will be able to accrue rewards which they can then use other Caesars venues whether still in Indiana, over in Las Vegas or even overseas.

As to how the purchase price of $1.7 billion was arrived at, Frissora said it was “an implied multiple of 8.3 times Centaur’s earnings before interest, taxes, depreciation, amortization and rent costs in year two following the closing of the deal, inclusive of expected synergies”. He went on to add that if table games can be introduced, as will be permitted by Indiana state law at so-called “racinos” (race tracks with casinos attached) from 2021, then the effective purchase price would be a multiplied by less than seven times.

It certainly seems to be a good deal for both parties, with Centaur receiving a huge cash injection and getting to enjoy all the benefits of the Caesars brand while the latter can consider it an important staging post on the road back to profitability. It’s also a move that all of the other gaming operators will be watching with interest and may well spur some others on to investigate the acquisition trail.

However, Caesars will still be mindful of the increasing threat that online casinos continue to pose to the traditional “bricks and mortar” variety. As technological innovations make the online experience more realistic, and with the emergence of Virtual Reality set to make a major impact on the online casino scene they will have to be on top of their game to see off the competition.

Having said that, the fact that there are racetracks as well creates even more of a “destination” element that simply can’t be replicated online. So it’s fair to say that Caesars can be fairly confident that they really are backing a winner.