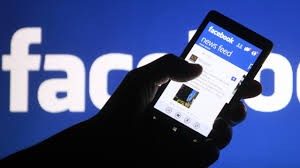 Verizon placed a Facebook ad a few weeks ago to recruit applicants for its unit that focuses on financial analysis and planning. The ad included a millennial-aged, smiling woman who was seated at her computer and promised new hires could enjoy rewarding careers where they would be more than a number.

That promotion was set up to run on the feeds of Facebook users between 25 and 36 years of age who lived in Washington, D.C. or had visited there recently, and demonstrated interest in finance.

For most of the hundreds of millions of users who visit Facebook daily, this ad was non-existent.

Verizon is one of dozens of the leading employers in the U.S. including Goldman Sachs, Facebook, Target and Amazon that placed recruitment ads for limited aged groups, says a reported released by the New York Times and ProPublica.

The use of Facebook’s system to show job opportunities to just a specific age group has many upset and raised concerns over fairness to the older workforce.

However, Facebook has defended it by saying used responsibly the age-based targeting used for employment purposes is an acceptable industry practice for good reason as it helps the employer to recruit, while allowing people of all ages to find employment.

These revelations have surfaced during a time when unregulated power of the big tech companies has come under more scrutiny and Congress has weighed in whether it should limit immunity that it granted those tech companies back in 1996 for third party content appearing on their platforms.

Facebook argues that the law, known as the Communications Decency Act, makes the social media giant free from liability for any discriminatory advertisements.

Facebook is quite new to this type of advertising, but is gaining in popularity with employers. In early 2017, the social media platform launched a section devoted to just job ads.

Facebook allows its advertisers to choose an audience they want and then it will find the users with the extensive amount of data it collects about them.

Targeted ads on Facebook were a big tool used in the efforts by Russians to influence the U.S. election in 2016. The social media platform has acknowledged that more than 126 million people saw content that was Russia-linked and aimed at times at specific demographic regions and groups.