Britain might impose more new taxes on the giants of the tech industry such as Facebook and Google unless they take additional measures to combat extremism online through taking down material that is aimed at radicalizing readers or helping them prepare attacks, the security minister of the country said.

The minister, Ben Wallace, has accused the big players in tech of being happy selling the data of users but not giving it to governments which are forced to spend millions on surveillance, denati 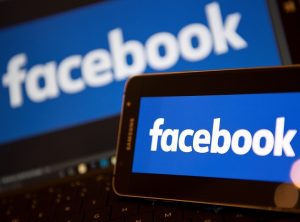 onalization programs, and other measures to counter terrorism.

Wallace added that if the tech giants continue being less than cooperative, the government should look at new taxes to give incentives to the company to cooperate or compensate for their lack of action.

He also accused the same tech companies of placing private profit ahead of the public’s safety. He said we need to stop pretending that because they are wearing t-shirts siting on beanbags they are not profiteers. They will without a second thought sell our user data to soft-porn companies and loan sharks but not to the country’s democratically elected government.

A series of terror attacks struck Britain between March and June of this year carried out by Islamic extremists and killing 36 people.

Two of the incidents involved a vehicle ramming into people in London while walking on bridges followed by people being stabbed by attackers. The deadliest of the attacks was in Manchester, in the north, which killed 22.

After the second attack on a bridge in London, Britain’s Prime Minister Theresa May suggested beefing up cyberspace regulations, and weeks after that Amber Rudd the interior minister traveled to Silicon Valley in California in an attempt to increase its efforts against extremism.

Wallace was quoted by a London newspaper as saying reliance on the internet was what made Britain vulnerable to rogue states and terrorists.

He added that the country is more vulnerable today than at any time during the past 100 years, and that keeps him awake nights.

Tech companies are making it too easy for those who carry out terror attacks through refusing to eliminated extremist material and guides for making bombs, said the minister, adding that WhatsApp and other encrypted messaging services were a major problem as well.

The quotes made by Wallace did not give any further details about the possible tax plan.