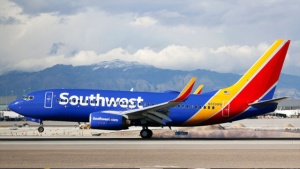 El Al Airlines said Wednesday it would start nonstop flights from Tel Aviv to San Francisco during the fourth quarter, with its continued expansion into North America.

The flag carrier of Israel is facing more competition for discount carriers, and said it would fly the new route three times per week using a Boeing 787 Dreamliner.

It will be competing with United Airlines, which also launched flights between the cities during 2016, to accommodate the flourishing Israeli high-tech sector. Business passengers often fly between Israel and Silicon Valley.

El Al’s CEO David Maimon said that the acquisition of the Boeing Dreamliner was to expand its network of long-haul flights. He added that San Francisco was a strategic city for El Al.

In November, the airline started Miami to Tel Aviv nonstop flights, after it started flights in 2015 to Boston. It also is flying nonstop to Los Angeles, New York and Toronto.

Maimon said that El Al is planning to add additional long haul flights but that would not likely happen until sometime later this year.

He added that El Al preferred to have started the flight to San Francisco sooner, but lacked the proper jets.

In 2017, El Al began receiving the delivery of 16 new aircraft that it will receive through 2020 that replaces its long-haul ageing fleet, which El Al hopes wins back clients lost to its competitors.

Maimon will step down this month after holding the airlines’ top job. He said that over the last four years, the number of passengers on El Al increased from 4.3 million to 5.7 million. He added that a new CEO would be named over the upcoming days.

The airline also said that it was unifying all its flights in Europe under its El Al brand and was retiring UP, a low cost brand that flew to just five destinations across Europe.

It is planning to refurbish its entire 737 aircraft for Europe, by changing seats in its business and economy class, with those alterations completed by 2019.

It is also going to change the fare structure on flights to and from Europe to include a “lite” option that is less expensive for those wishing to travel without any checked baggage.

On Tuesday, the Israeli government said that tourism into the country increased 25% during 2017 to set a new record of 3.6 million, boosted by over 18 new flights flying into Tel Aviv as well as Eilat the resort city on the Red Sea.