Profit at BHP Falls Amidst Rising Prices of Commodities 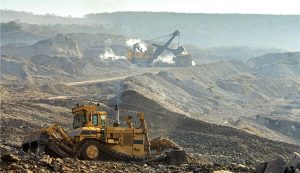 BHP Billiton Ltd. reported a fall of 37% in its net profit for the first-half, but said its midyear dividend would be lifted by 38% following resurgent commodity prices that sharply increased company cash flow.

BHP, which is the largest listed miner in the world by market value, stated that its profit was $2.02 billion for six months ending December 31, which was lower than the same period one year earlier of $3.20.

The one-off items that totaled $2 billion weighed down results. The main reason was due to BHP joining several of the global companies, including Shell and Barclays in recording large expenses that were linked to the tax overhaul in the U.S.

Profit prior to the special one-off items increased by 25% to $4.05 billion which was just less than the $4.21 billion analysts were expecting.

Directors at the company approved a 55 cents per share dividend, which was up from last year’s 40 cents, meaning it has returned close to three-quarters of earnings to its shareholders.

The company has cut its net debut by over $900 million since the middle of last year and now is carrying $15.4 billion, but BHP did not follow many other miners, including Rio Tinto its Anglo-Australian rival with a buyback program for shares as some analysts were expecting.

Fueled by a sharp increase in the price of commodities, miners have been enjoying an increase in earnings that enabled them to increase their dividends, cut their debt, and spend on new deals and projects.

It represents a stark turnaround from 2016 when many miners reported large losses along with slashing costs and jettisoning assets amidst a big slump in the market.

The miner has come under heavy pressure from its investors over the strategy it has, following a campaign by Elliott Management Corp the hedge fund in New York. Elliot demanded there be sweeping changes that included the end of BHP’s shale operations in the U.S., which the miner continues to pursue.

BHP has opened data rooms for possible buyers for its assets including over 838,000 acres in a region rich in shale in the U.S. The company announced that it is expecting initial bids on the assets from March to June.

It has pushed back against Elliott’s renewed call for more unification of the corporate structure of the miner, which features a dual London and Sydney listing.