GM: If Union Does Not Give Concessions South Korea Unit Will File Bankruptcy 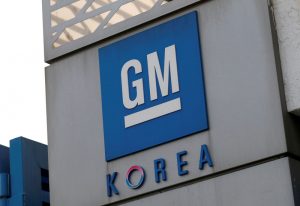 General Motors has said that its operations in South Korea, which are losing money, would have to file bankruptcy if the union did not agree to concessions, which includes slashing labor costs, before April 20. This has put heavy pressure on the government of South Korea and the auto workers to swiftly reach an agreement to provide a rescue plan.

The automaker from the U.S. announced last month it would be shutting down one of four factories it has in South Korea, while at the same time asking for support from the government and union concessions to remain in the country.

Barry Engle, the GM International president, told the union leader in South Korea Monday that the unit needed to receive $600 million in funds for its operations before April ends.

A spokesperson from GM Korea said that union concessions were a must for the carmaker to present its confirmed turnaround plan by April 20 to the government. GM wanted its union to reach a deal on wages before March is over.

If the automaker in South Korea does not present its paly before April 20, it would have no other choice but file for bankruptcy, a spokesperson said.

The current crisis taking place with GM Korea has made challenges for the current administration of President Moon Jae-In.

An official in the government has said that GM appears as if it is using threats as way to increase pressure on it union and make concessions before March ends.

For years South Korea represented the low-cost export hub of GM producing nearly one fifth of its global output for Chevy when at its peak.

However, the decision by the automaker to exit other markets that were not profitable has increased the problems it has in GM Korea.

Nearly 2,500 workers in South Korea, or about 15% of its overall staff, applied for redundancy packages from the U.S, automaker.

The union says that Engle said that GM Korea might consider redundancies that are more voluntary for its remaining 680 workers in the Gunsan Plant, which faces a showdown during May.

The union earlier in March said it would not demand pay raises or bonuses in 2018, but rather it wants the automaker from the U.S. to provide future production plans and security.