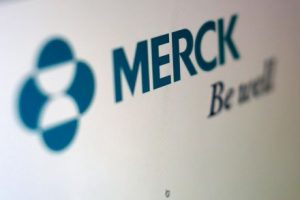 Generic drugs maker Mylan is holding advanced negotiations with Merck to acquire the company’s consumer healthcare unit after other bidders did not meet the price expectations of the German company said people close to the situation.

The amount that Mylan is offering was not available said the sources, but that it could be between €3.5 and €4 billion ($4.3 billion to $4.9 billion). The sources added that there is no certainty that a deal will be secured by Mylan, adding Merck has also talked to private equity companies about this asset.

The talks between Mylan and Merck have come as other suitors for the business that include Reckitt Benckiser and Nestle have dropped out.

Merck said in 2017 it wanted to sell its consumer health division, which has sales annually of $1 billion, in order to help fund research for prescription drugs.

Mylan has bought assets in the past from its German rival paying over €5 billion in 2007 for the generic business of Merck, which included EpiPen for allergic reactions as well as DuoNeb for smokers’ lung.

Consumer health has become fragmented ranging from medicines sold over the counter to sports nutrition products and condoms to vitamins.

It is a popular area for deals of late, as aging populations and consumer who are health conscious drive demand.

However, the worldwide consumer healthcare market has started slowing down, from 4% to 6% in same sales growth to zero to 3% growth, said analysts at the end of 2017.

Big players in over the counter medications have been hit hard with price pressure due to online players and competition from private labels.

However, there have been problems when it comes to buyers and sellers agreeing to deals.

Pfizer Inc.’s sales process related to its consumer healthcare business, which it had hoped would bring in up to $20 billion, has stalled said sources.

Merck’s brands for over the counter that are for sale include Seven Seas nutritional supplements and Neurobion vitamins.

Mylan has looked for acquisitions as a way to boost growth. It announced in February its earnings for the fourth quarter had fallen because of a drop in revenue from EpiPen and weak prices in the U.S. for its generic drugs.