FDA: Women Must be Informed of Essure Contraceptive Risks 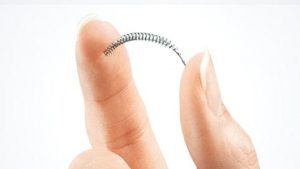 The U.S. Food and Drug Administration announced on Monday that it will restrict the sale as well as distribution of the controversial contraceptive device Essure that some advocates for patients want to be removed from the market.

Just healthcare providers as well as facilities that can guarantee women were told about the risks of using the device prior to being allowed to implant it will be able to distribute them.

The FDA, using what the agency called a unique form of restriction, said that providers must review with patients a brochure that lists the different risks involved with Essure. Then the patients must be allowed the opportunity to sign this document, and the physician who is implanting the device is required to sign the paper.

The regulatory agency said that Bayer, which is the manufacturer of the device, is responsible for the immediate implementation of the restrictions as well as for ensuring that those providing the device comply.

The agency also said that it would take the appropriate action against the company, including imposing civil and criminal penalties, if Bayer did not follow through.

A commissioner with the FDA said through a prepared statement that the regulatory agency was making its checklist mandatory due to some women not being informed adequately about the risks involved with using Essure, despite efforts made previously to alert women about the potential complications with the device. The statement said that was unacceptable as every individual woman who receives the device should be fully aware of the risk associated with it.

In a procedure that takes approximately 10 minutes, the Essure device, which is a permanent form of birth control, consists of two sets of tiny coils that are inserted through the cervix and vagina and into the fallopian tubes, which take the eggs from the women’s ovaries to her uterus.

During a period of approximately three months, a development of scar tissue takes place around the two inserts, which creates a barrier that prevents sperm from reaching any eggs.

Bayer has several lawsuits pending against it from patients that have said they experienced complications that are related to the device, including perforation of the fallopian tubes or uterus, constant pain as well as allergic reactions. Other women have reported weight loss, depression, fatigue and headaches, but it is not known if those particular symptoms are linked to the device, said the FDA on Monday.

During 2016, because of the number of complaints increasing, the FDA told Bayer to conduct a brand new study involving safety and to add the “black box” to its label, which is the strongest form of warning.