Women Strive to Make Their Mark in Venture Capital Investing 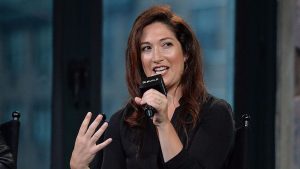 [email protected] contributor Carrie Kerpen did the math and it doesn’t add up. Despite an overwhelming success rate of women in business, venture capital investors tend to put more money in male-owned startups and entities. This begs everyone to ask one simple question: Has the U.S. actually entered into the 21st century?

Admittedly, women business startup numbers are slim. According to Kerpen, only 17 percent of U.S. business startups have women founders, so on that note alone, it might make more sense that male startups would receive more venture capital funding because there are more male startups in the first place. The problem is this isn’t the case. Only 3 percent of venture capital funding is given to women-owned businesses, which makes it obvious women have a harder time securing financing for their business ventures – at least venture capital financing, that is.

You could argue this is why many women businesses never get off the ground. What’s the point of entering into a male dominated world only to find funding preferences for males, as well? Yes, women businesses have grant opportunities at both the federal, state, and on some local levels, but this financing is limited. Only a handful of grants are issued annually, and the competition is fierce. Business competition is fierce, too, and when women have to jockey against biased positioning in their niches, adding chauvinistic approaches to venture capital on top of that adds discouragement.

Why This Is So Important

Aside from the above, this doesn’t make sense for one very crucial reason: Women-owned businesses outperform male-owned businesses by 63 percent. That’s right. Sixty-three percent. So why is it that venture capitalists are reticent to invest in women? It appears the answer is that same old-fashioned bias that resonates in the 21st century despite women fighting for their rights since the suffrage movement. Sure, there may be more male startups, but Harvard Business Review also has something to say about an inherent chauvinism in the venture capital industry.

The industry itself is biased. Women working in venture capital investing only account for 7 percent of firm ownership. This is a male-dominated industry. This may explain why Harvard Business Review uncovered an interesting fact: Potential investors ask different questions about the business based on whether they are speaking to a woman or a man. When interviewing women, investors ask about motherly approaches, such as responsibility, safety, and security; when interviewing men, investors ask about achievements, advancements, and ideals. Wow. Venture capital investing is all about pushing a company forward, so why aren’t women being asked about their visions?

Women Are Banding Together – Once Again

When it comes to women, history shows one consistent: they band together when they must. In the case of venture capital investing, they are doing so once again. Women who have achieved success in their business models are helping women just starting out, and the investments are proving to be viable and lucrative. As Kerpen writes, there’s a need for “more women in the room,” and as an aside, this shouldn’t be limited to women. Venture capitalists should also take into account the number of successful minority, disabled, and veteran-owned businesses as well, among others.

One example of women helping women is Little Pim. Kerpen reports that its founder Julia Pimsleur founded the company using both angel and venture capital investments. She raised $2.1 million in venture capital funds, and it more than paid off for her investors. Her business is now a multi-million dollar company, and she’s now working in the venture capital investment field. Her role is that of teacher, and she shares her secrets for raising venture capital in a male-dominated industry through conferences and a published book, Million Dollar Women.

Pimsleur launched a venture capital business related to her book and works tirelessly to help women-owned entities reach that coveted million-dollar status. Some are already working under established goals of profitability by 2020, and other women entrepreneurs should be inspired by Pimsleur’s willingness to share her knowledge with others. With a 63-percent success rate, there should be more than 17 percent of women-owned businesses opening their doors in the U.S. Women are good for the economy far beyond cliché shopping habits.

Why Venture Capital Is Important

So why is venture capital so important in this discussion? Two companies alone, Twitter and Uber, got where they are today via venture capital financing from investor Chris Sacca, and they are just two of many companies that have made Sacca a wealthy man. Sacca also invested in social media giant Instagram, and was listed as the second most successful tech investor on Forbes magazine’s 2017 Midas List. Due to his success, at the tender age of 42, he has already retired.

Venture capital not only allows riches for its investors, it also allows the companies in which they invest to grow to the giants they are today. It’s time for men to step aside. Women-owned business startups are more successful and they deserve the same venture capital their male counterparts receive.