Starbucks Closing All Stores in U.S. for One Afternoon 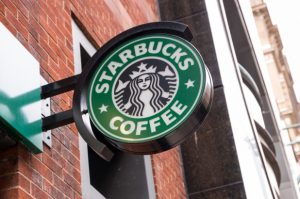 On May 29, Starbucks will close all of its stores in the U.S. and its corporate offices to give its employees anti-racial bias training. This comes after two black men were arrested a week ago while waiting at a Philadelphia Starbucks.

The one afternoon of training, which will shutter over 8,000 stores that are company-owned in the U.S., will address implicit bias, prevent discrimination and promote conscious inclusion, the coffeehouse chain said through a prepared statement.

At the same time, outrage due to the arrests has prompted calls for boycotts and protests, with some planned to take place on Wednesday.

Kevin Johnson the CEO at Starbucks through a news release said he had spent the past couple of days with his leadership team in Philadelphia listening to what the community is saying, learning what was done wrong and what needs to be done to fix it.

While the problem is not limited to just Starbucks, the company is committed to being finding a solution and being a part of that. Closing the stores for training on racial bias is only one step along the way that requires a high level of dedication from all levels within the company and partnership with local communities, Johnson’s news release said.

Close to 175,000 employees currently working at Starbucks and all its new hires will be given the training, developed with local and national experts from groups that include the NAACP, Anti-Defamation League, the Equal Justice Initiative and former Attorney General of the U.S. Eric Holder.

The same experts will be involved as well in reviewing the effectiveness of the program, said Starbucks.

Other company’s besides just Starbucks are introducing this training in an attempt to fight discrimination. American Airlines announced that it is planning to launch training annually for implicit bias in January after a travel advisory was issued by the NAACP  last fall accusing the airline of mistreatment of passengers who were African American.

Since late last summer over 400 CEOs have signed on pledging to expand or roll out new unconscious bias education and take more steps in prompting diversity, said the CEO of an diversity and inclusion initiative.

The Black Star Project’s found and chairman called the plans by Starbucks to offer new training on May 29 as “too little, too late.” Phillip Jackson said he would rather see Starbucks and other national companies take a broader stance on combatting inequality.