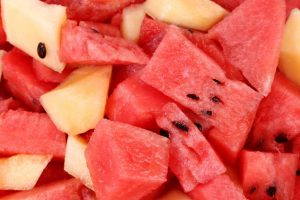 Iowa has been added by federal health officials to their list of U.S. states where pre-cut melon linked to Salmonella infections that caused 60 people to fall ill, of which over 50% needed to be hospitalized.

The U.S. Centers for Disease Control and the U.S. Food and Drug Administration have been carrying out investigations over the outbreak across several states of the Salmonella infections that were reported first on Friday by the two agencies, with mixes of fruit salad continuing melon viewed as a likely source.

Produced at the Indianapolis Caito Food facility, the fruit, which is packaged in plastic containers that are clear, was distributed to different retailers across Georgia, Indian, Illinois, Iowa, Michigan, Missouri, Kentucky, Ohio and North Carolina, said a state released on Wednesday by the FDA.

The Salmonella strain Adelaide that has been infecting people has proved to be much more serious that most prior outbreaks. Out of 60 people who became ill, the CDC has information related to 47 cases and 31 or over 66% involved hospitalization. There have been no deaths reported.

The products shipped by Caito Foods between April 15 and June 7. Every product had a June 16 best used by date.

Salmonella infections are able to spread from the intestines of an individual to the bloodstream, and in some cases they can be deadly if not treated quickly and by using antibiotics. Children less than five and adults over 65 are the most susceptible.

This outbreak has reportedly prompted lawsuits in three states including Michigan, that had the hardest hit areas with 32 cases. An attorney in food safety representing one of the women who became ill said that the count of those that have been stricken is likely to increase.

The attorney said that although there are just 60 people thus far, it is expected that will like rise as time passes and more becomes known.

It is estimated that for every case that is reported another 29 or more go unreported.