Google Has Put Bet of $550 Million on JD.Com 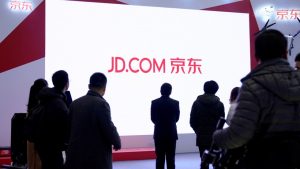 On Monday, Google said it would invest $550 million in the second largest e-commerce company in China JD.com.

As part of its strategic partnership with the company, Google will invest the cash into the e-commerce platform, said the two companies through a joint statement. Google in return will receive over 27 million new issued Class A ordinary shares at the price at issuance of $20.29 a share.

The two tech giants said they were going to work together developing retail infrastructure that could better personalize shopping experiences online and lower the friction in many markets including the area of Southeast Asia.

JD.com announced that it planned to make a large number of items available for sale in areas such as Europe and the United States via Google Shopping, which is a service that allows its users to search for different products on websites across the Internet and compares prices amongst different sellers.

When Google partners with retailers, it gives visibility to their products and makes it more convenient for the consumer to buy them online. As for Google, the shopping service is key to the return of product searches it has lost to Amazon and remains relevant in the future of e-commerce.

This partnership will give JD.com a new channel to sell to consumers outside of China especially during a period when tensions are high between Washington and Beijing related to trade.

The CEO and founder of JD.com Richard Liu said a trade war would result in a horrible outcome and would end up hurting many American brands. He added that current uncertainty was giving the company pause related to its expansion plans in the U.S.

The e-commerce company is aggressively competing with fellow Chinese giant Alibaba in the huge online market in China. Both of the online platforms have invested sizably in technology, logistics and retail to win consumer over.

JD.com for example has tested delivery services using drones to reach the rural consumer in China while keeping the cost of logistics relatively low.

Tencent, another tech giant in China, backs JD.com and not only is involved in social networks, gaming and digital payments, but operates the largest messaging platform in China WeChat.