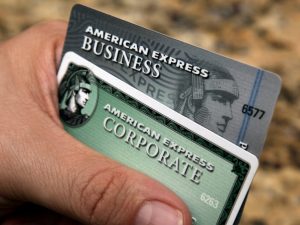 Shares of American Express increased by 2.2% following the ruling by the Supreme Court over its credit card fee lawsuit

The ruling by the Supreme Court was 5 to 4 and said that Amex rules related to its services for its merchants do not violate the federal antitrust laws.

This case was centered on fees that credit card businesses the retailers are charged for processing their transactions. Amex does not allow its merchants to offer any discounts or promotions on rival cards that charge lower fees.

U.S. government authorities argued the practice give merchants higher fees to pay for transactions involving Amex, which are then passed on to the consumer whether an Amex card gets used or not.

A spokesperson from Amex through a prepared statement said that the decision by the high court was a huge victory for the consumer and for Amex. It will help promote competition as well as innovation across the today’s payment industry.

Retail Litigation Center, which represents retailers, released their own statement saying that the decision was a big loss for consumers. Competition in is lacking in today’s credit card space the statement added and the decision by the court allows AmEx to stifle competition and to prevent consumers from having an understanding of the rising cost of fees for credit cards.

Some observers called the decision a win for companies such as Google, Amazon as well as Uber that have models that are similar in charging fees to access consumers using their sites.

The Department of Justice originally sued Amex and its bigger rivals Visa and MasterCard. The argument was merchants did not have any bargaining power when they used their payment services. A ruling by a lower court said that the anti-steering rules of Amex stifled competition. Visa and MasterCard settle with the DOJ prior to trial.

A two-sided concept was added by an appeals court that meant the U.S. government needed to show that increases in price for merchants were harmful to cardholders.

Amex serves many different groups of customers as it charges merchants that accept its cards as well as consumers that are using them.

Amazon serves several constituencies as well connecting buyers with sellers of thousands of goods. Google is, as well, with is search users and advertisers.