Starbucks Bets Its Future On Technology 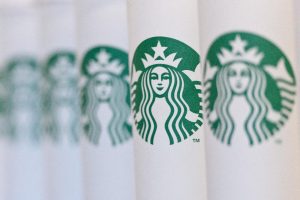 As the retail sector in the United States faces a downturn, Starbucks is increasingly relying on technology to maintain its relevance. The importance that the Seattle, Washington-based coffee chain places on technology was evident during the conference call that the company held in which ‘mobile’ was mentioned 24 times.

Interestingly also, the chief executive officer of Starbucks, Kevin Johnson, who recently succeeded Howard Schultz the founder, is an alum of Juniper Networks and Microsoft. During the conference call, Johnson said that turning to technology could assist the firm in surviving the hard times that the brick and mortar retail sector is facing.

“Looking to the future, this is all about how our digital relationships with customers intersect with experiential retail in our stores,” said Johnson.

Already, the digital strategy that Starbucks has embraced has started paying off. This includes helping the coffee chain turn around what has been dismal store sales. Results for the latest quarter shows that sales growth for the Seattle, Washington-based coffee chain was 3%. As the quarter neared its end, however, for some 1,800 of the Starbucks outlets in the United States, at least 20% of their transactions were via Mobile Order & Pay. The end of the quarter saw members of the Starbucks Reward scheme increase by 11% to 13.3 million. Approximately, 44% of all the transactions during the same quarter were done via the proprietary platform of the company.

The digital customer service effort of Starbucks is still a work in progress though. At the moment the coffee chain has a new DOM (Digital Order Manager) that is in the pipeline. The DOM is a device in the mould of a tablet that allows baristas to better view orders that are incoming. It also helps them track and manage the orders in real-time. To support and accommodate the new technology, Starbucks is also redoing the layout and design of the stores.

According to the chief executive officer of Starbucks, the digital strategy will help make visits to the coffee chain outlets more ‘destination oriented’ especially at a time when the retail sector is facing struggles. In 2017’s first quarter, more physical retail stores closed than the number that closed in 2016. It is also expected that the number that shut down this year will be more than those that closed their doors during the 2008 recession.

Starbucks, however, is not the only food chain that is increasingly turning to technology as the likes of Dominos and Panera have also invested heavily in a digital strategy.