Amazon: Echo Dot Was Best-Selling of All Products 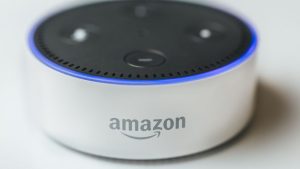 The 2017 holiday shopping season has concluded which means that Amazon has released some of its data related to shopping online since the beginning of November.

The Echo Dot, an Amazon branded product, was the top-selling Amazon device during the shopping season, as well as the No. 1 selling product available by any manufacturer across every category on the e-commerce giant with millions being sold.

At the same time, the new devices from Amazon the Alexa-enabled ones, such as the Echo Dot, Echo Spot, and the Echo Buttons sold out during the holiday season. However, online customers can pre-order the devices to hold their place in the waiting line.

The Alexa app topped the charts for Google Play and Apple on Christmas, which suggests an influx of new clients setting up devices. In all, Amazon said that it sold tens of millions of devices that were Alexa-enabled across the globe.

As well as the Echo Dot, Amazon’s Fire TV Stick that has a voice remote by Alexa was another huge selling device from Amazon and one of the bestselling across all of the e-commerce behemoth.

This was the biggest holiday shopping season for Amazon to date, as customers from across the globe shopped at record levels, announced the company in its press release.

Amazon touted as well how during a period of just one week, over 4 million people signed up for its subscription service Prime or began its free trial.

Since Amazon is now the owner of Whole Foods, it also added some facts about the grocery store chain. During the recently ended holiday shopping season, Whole Foods sold more than 500,000 pounds of different desserts at its cookie bars in stores across the United States.

Over the next few weeks, more retailers will start to come out with not just their sales for the holiday shopping season but quarterly sales and full year results.

The National Retail Federation says that retail sales for the holiday shopping season between November 1 and December 24 increased an estimated 4.9% in comparison to one year ago.

Legend of RPS Price Down 0.3% This Week