Twitter Notifying Users Who Were Exposed to Propaganda from Russians 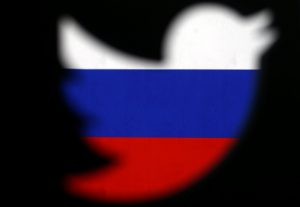 Twitter Inc. is reviewing interference by Russians during the U.S. election in 2016 and said Friday that it would be notifying some users whether they had been exposed to content that a suspected propaganda service from Russia had generated.

The company is sending out emails to 677.775 people across the U.S. who had followed, liked or retweeted content from the accounts associated during the election with Internet Research Agency or IRA.

The IRA is a Russian group that according to researchers and lawmakers employs large numbers of people to push content that is pro-Kremlin through phony accounts on social media.

Twitter has said that because it already has suspended the accounts, the content that is relevant is not publicly available any longer on the platform.

Executives at Twitter said this week to lawmakers on Capitol Hill that it might notify those users about the propaganda by Russians.

In September, Twitter said it suspended approximately 200 accounts that were linked to Russia, and it followed that by suspending advertisements from media outlets Sputnik and Russia Today the following month.

The top Democrat from the intelligence committee in the U.S. House praised on Friday the move taken by Twitter and urged other technology companies to continue investigating abuse on their own platforms by the Russians during the country’s 2016 elections.

Last November, during the opening hearing by the committee that included Google, Facebook and Twitter, the three social media giants revealed to what extent the Russians had exploited the inherent vulnerabilities in how open the U.S. society as well as social media platforms are, said Adam Schiff a member of the U.S. House through a prepared statement

Schiff added that it was vital that the same companies are transparent with their users who were most likely exposed to propaganda as well as disinformation from the Kremlin.

The ranking Democrat from the intelligence panel in the Senate, Senator Mark Warner from Virginia echoed the same view tweeting that he has in the past been very tough with Twitter about this, but he was encouraged from what he is seeing as the company has started to taking responsibility while notifying users of its sites of the influence by Russia on its platform.

The amount of influence by Russians during the elections of 2016 is hard to determine, but it is becoming more and more evident that it was large scale.