Board at Flipkart Approves Deal of $15 Billion with Walmart 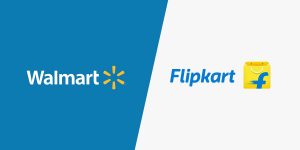 The Flipkart Online Services board of directors has given its approval to a deal to sell 75% of the business to a group led by Walmart for $15 billion, said people close to the situation. This is a huge bet by the U.S. based retailer on international expansion.

Under this deal, SoftBank Group will sell the complete amount of its more than 20% share in Flipkart through an investment fund with a valuation of $20 billion, said those aware of the situation.

Alphabet, the parent company of Google, will likely take part in the investment with Walmart, another source indicated. The deal should close within the next 10 days, though the terms could change and the final deal is not 100% certain.

If the deal is to go through, it becomes a big win for Walmart over online rival Amazon.com, which has attempted to take over control of Flipkart through a counter offer.

The board at Flipkart decided in the end that a deal involving Walmart was more apt to win approval with regulators due to Amazon being the No. 2 operator of e-commerce in India behind just Flipkart and being its biggest competitor.

If the deal is completed, it would give Walmart the No. 1 position in that growing market of over 1.3 billion people as well as an opportunity to rebuild its online reputation.

The largest retailer in the world has struggled battling Amazon due to consumers increasing their online spending. India is a huge potential prize after both the United States and China, where international retailers have not made much progress against the stalwart there Alibaba Group Holdings.

SoftBank has not released any comment on the deal, while Walmart, Google and Flipkart did not respond to any requests to leave comments.

Amazon has been aggressively expanding in India. Founder and CEO Jeff Bezos committed over $5.5 billion to India and Amit Agarwal, the local Amazon chief there has made good progress through adapting the online site to conditions in India.

Amazon has gained ground fast in India on Flipkart and attempted to derail the transaction with Walmart partly because of how it fortifies its top rival in India.

Walmart will be able to aid Flipkart through its deep pockets and its decades of expertise in retailing from marketing to logistics. The retailer in the U.S. had been working to win over the company, based in India, for over a year.