Teamsters and UPS Might Be On Course for Large Labor Strike 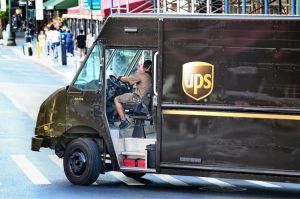 The United Parcel Service and Teamsters could be on a path to the nation’s biggest strike in decades. The union on Tuesday announced that its members had voted in favor of a strike if necessary by more than 90%.

However, despite such an overwhelming vote, deep divisions exist within the union when it comes to negotiating strategy.

At UPS there are 260,000 members of the Teamsters and over 40,000 more union members have been added since the current contract was agreed to almost five years ago.

UPS transports as much as 6% of the GDP in the nation, which means that a labor dispute could cause a disruption to the U.S. economy.

The issue at hand is how the giant shipping company will expand to offer seven days per week of deliveries.

UPS started offering regular delivery service on Saturday only one year ago. It has not announced officially its plans to delivery on Sunday, but the union is saying that the company has made numerous proposals to expand sits weekend deliveries.

One proposal being negotiated is creating a wage system of two-tiers where part-time workers earning $15 per hour would become full-time earning the same hourly rate. Existing full-time drivers now earn on average $36 per hour or approximately $75,000 per year.

Members of the Teamsters are divided when it comes to that proposal making it harder to make a deal and to avoid a big strike.

One opposition group in the union, the UPS Teamsters United, has argued that UPS, which posted a profit of $5 billion in 2017, should pay its new full-time employees the same as the existing ones.

A spokesperson for that group said that most people are aware that in today’s world of e-commerce and company’s such as Amazon, UPS will not be just a Monday through Friday or a Monday through Saturday company for much longer as it will soon become seven days per week.

Meanwhile, management and labor have sufficient time to reach a deal prior to the existing contract running out. However, any agreement reached could be then rejected by the members who are rank-and-file.

The last time a strike occurred at UPS it lasted for 16 days in 1997, and a bigger strike since then has not occurred. This strike could become even bigger since at that time Teamsters numbered 180,000 at UPS.