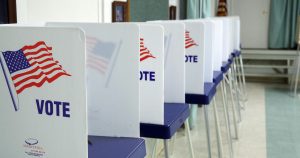 A log-jammed party primary is usually a recipe for problems as candidates with few differences politically attempt to separate themselves through personal attacks on opponents.

However, Maine sees it differently.

In the midterm elections two Democrats that are running for governor in the primary appear in a campaign video speaking highly of the other’s credentials and encouraged the voters to support each of them.

This has been brought about due to the new way that Maine is electing its candidates. Maine has adopted a new system known as ranked-choice voting which will debut statewide on Tuesday in the primary. Maine is the first U.S. state that has adopted the system.

Voters rank the candidates from the first to the last on each ballot, and the election ends if one of the candidates earns a majority. If that does not happen, candidates become eliminated one at a time and their votes that remain are reallocated in what becomes nothing more than a mathematical survival game.

This process gets repeated the number of times necessary until one of the candidates has gained a majority.

In the end, the winner might not be the one who earned more first-place votes than another, but one who tallies the highest number of second and even third place votes. That explains the strategy of multi-candidates.

The candidates are saying they decided to make a coordinated effort to boost chances that one of the two would move to the general election from the seven Democrats in the primary field.

Advocates of this system say that it helps to promote civility and election spoilers while ensuring that the eventual winner earns the support of the majority.

One former state worker said he likes this new system and thinks it has already helped to tone down personal attacks.

However it has its critics that say the ranked-choice tends to be confusing and it leads to blander campaigns where candidates tend to shy away from the contentious topics due to not wanting to alienate voters.